This showcases a teardown and de-potting of a Calex 1200 charger from a 2016 DSR model, following a total failure of the charger. 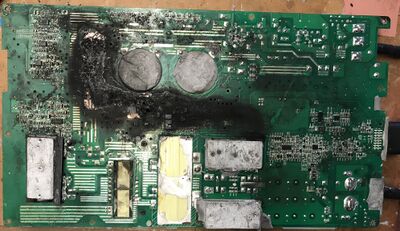 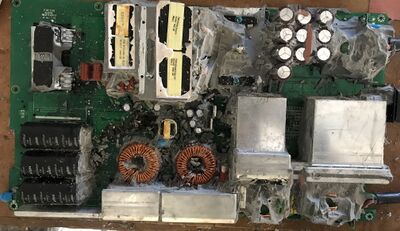 Notes
Odometer estimate when the charger failed: 31000 miles.
Symptoms observed prior to the fault:

The photos presented are all oriented with the rear/connection side of the charger pointing to the right.